The fun-to-use ultra wide-angle shooter uses a megapixel sensor with a fixed-focus lens, while the telephoto camera has a megapixel sensor and OIS as well. Aside from the hardware, Samsung also bumped up the software side of things. Thanks to improved AI capabilities, the Galaxy S10 can now recognize up to 30 scenes and can even automatically help you compose the perfect shot.

Keep in mind that the Galaxy S10E has just two rear cameras. It can only shoot a normal and ultra-wide photo, but the megapixel count and image quality remain the same as with its more expensive siblings. Which of the three Galaxy S10 phones is your GadgetMatch? While I wanted to have more time with the phones to give an elaborate conclusion, I have a general idea on where each one fits. The Galaxy S10E, which is the cheapest among the bunch, would be best for people who like to have the best specs but in a smaller package. Much like the compact versions of Sony Xperia phones, the Galaxy S10E offers just about everything its bigger siblings offer in a pocket-friendly size.

After all, the pricing will be a big factor. We already saw most, if not all, features on other devices. Samsung will be selling these phones because they are reliable and trustworthy — not because they are revolutionary. Connect with us. More Videos. Instagram photo challenge with the Samsung Galaxy S Xiaomi Mi 9 Hands-On: Cheap Unlimited Airline Wi-Fi: TravelHacks Episode 1. Share Tweet. Published on February 28, By Chay Lazaro.

Continue Reading. A refinement of everything A decade of Galaxy S phones. By Daniel Morial. Gadget Reviews. Gaming 1 week ago. Laptops 2 weeks ago. Apps 3 weeks ago. Up top you have an equally large chunk of black, though since it's readily apparent what it's being used for, we're more inclined to forgive its existence. The same slit is here, only with an earpiece to justify it.

Now, we realize that a narrow phone has limited room for the innards and it may not be the best decision to go thicker instead of taller. But we can't help but wonder if that's indeed the case. On top of that, this year's Sony aesthetic is all about those sharp corners. On the original XA they were rounded, and that softened the impact of the bezels a bit.

Plus, the old phone was objectively 1. Perhaps the silver lining here is that the body's tall aspect ratio is quite convenient when you are making calls and you have the phone to your ear. It's just a little thing you appreciate only when you start using it. 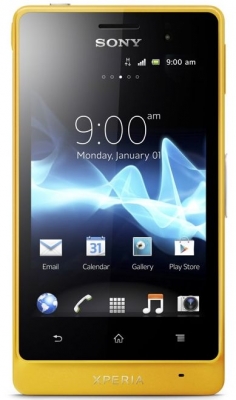 Around the back, you'll find an Xperia badge etched in the center. The NFC logo is printed here too, to inform you where the antenna is. Sony switches its placement depending on rear panel materials; metal-backed Xperias have it to the left of the earpiece. The star of the show, the 23MP flagship-grade camera, is in its customary position in the top left corner. The ring around the glass is slightly raised to give the lens some extra protection. A single LED flash is here to assist in low light.


What's missing is a laser autofocus window no laser autofocus here and the RGBC-IR sensor that aims to help with white balance - in effect, the camera setup is the same as on the Z5s, the Xperia X and X Performance. The back's matte finish does attract smudges, and it's not all that easy to clean. But the marks are also not particularly easy to see, so you're safe.

A welcome change with this model places the controls on the right and they're arranged in a more usable way. What was an uncomfortably low position for the volume rocker below the power button has been been scrapped in favor of a much more ergonomic placement above. The Xperia XZs didn't get any of that, so here's an area where the midranger is better than the flagship.

Not so in terms of fingerprint recognition. The XA1 can't do that, and gets a small circular power button where the XZs would sport a fingerprint reader.

Oh, well. There's the two-stage shutter release button though - Sony's sticking to that signature feature of the Xperia line while the rest of the world is tapping on screens to take a shot. It does double as a shortcut to the camera, though, so there's that. On the left side of the phone you'll find the card slot which couldn't possibly have had a more flawed logic - mind you it's not a hybrid slot, it's just a lid that covers two independent card compartments. The thing is the SIM tray is attached to the lid. So, if you pull the lid the SIM card will come out with it, at which point the phone will inevitably restart.

The microSD card can then be removed, and you can then put the SIM back in, at which point, you guessed it, the phone will inevitably restart again. How about, and that's a very humble suggestion, you take out the microSD card with the tray, and the SIM card stays in? It's just USB 2. The actual speaker is here too.